Artists from across Asia took over the Instagram account weekly, posting actions as creative responses to contextual political and social issues. The identity system defined the different artist periods.

The website collated and mapped the artist program, profiles and hashtags, channelling the urgency and immediacy of live media broadcast streams and creating a digital archive. 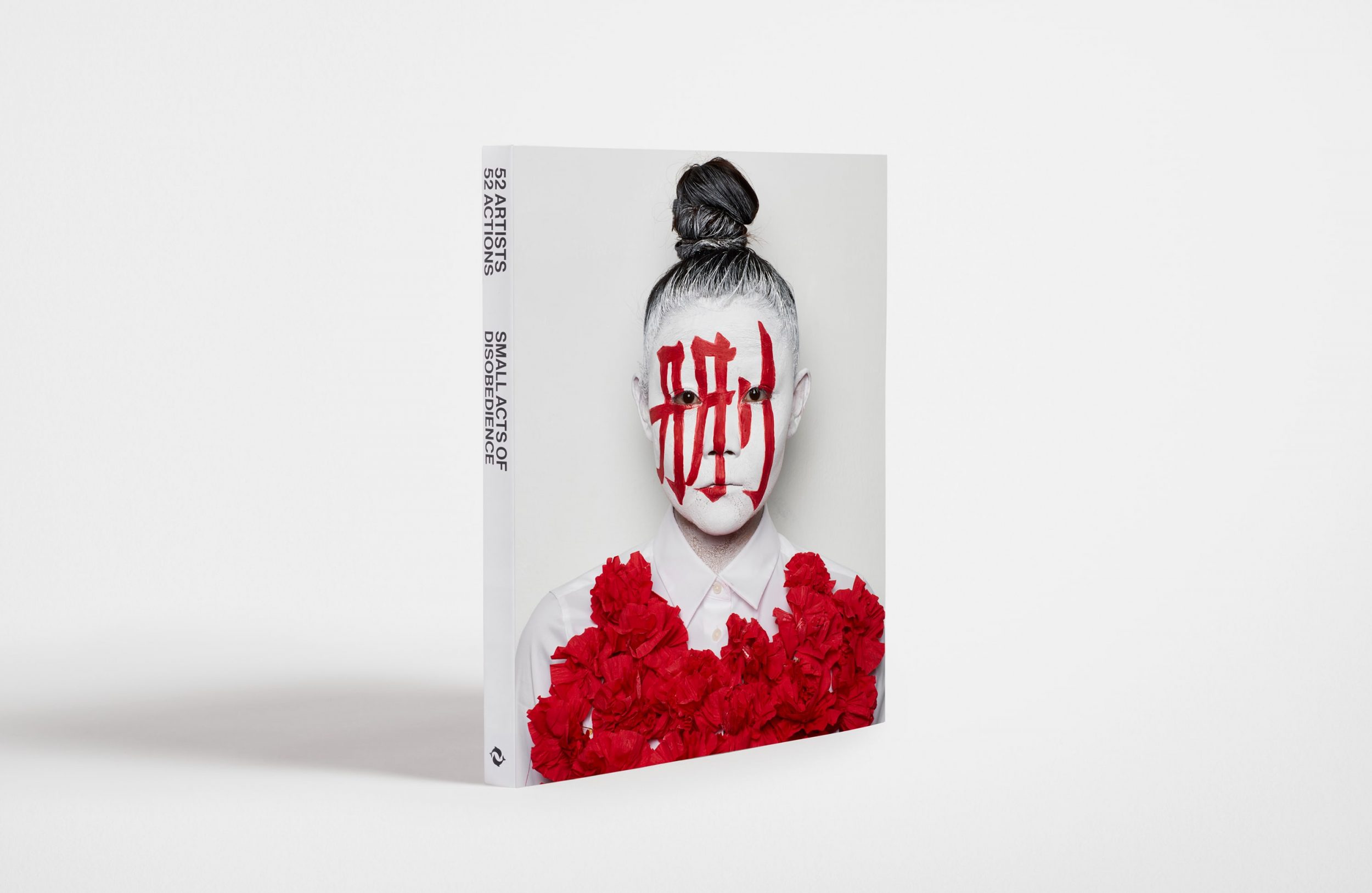 Co-published by Artspace and Thames & Hudson, the resulting publication became the chronological repository for the digital project, with essays from Stephanie Bailey and Larissa Hjorth.

In conjunction with Artspace, 52 ARTISTS 52 ACTIONS was an ambitious, year-long project exploring critical social and political issues through artistic practice across Asia. Championing small acts of disobedience live and online, each week one of 52 artists and collectives from 31 countries across Asia drove the project, staging actions in unique, physical locations throughout the region and sharing them with global audiences on Instagram and a purpose-built website. Exploring the role of activism and going beyond the conventions and boundaries of traditional galleries and institutions, the project focused on art-as-action with the power to raise awareness and invoke change through collective actions. As co-curators of the concept, an identity, website and a monograph of the project’s creative responses was developed and designed. Conceived as a subversion of globalised, 24-hour news channels like Bloomberg or CNN, the premise was to create an alternative artists news channel imbued with thought-provoking news. Creating a digital framework to communicate the project’s concepts, the spread of compelling ideas was amplified in a new media landscape, with the identity designed as a continuous stream, a scrolling feed as much like Instagram as CNN. In its applications, the project responded to those looking for culturally immersive experiences, where they could truly become part of the narrative, and engage with the artists in real time. The resulting book and exhibition at the end of the year-long project, became a repository, an encyclopaedia of creative responses to political and social issues facing contemporary Asia.